What better way to bring people together than with a good game to play? As part of its annual online convention, Pernod Ricard invited all its employees to take part in a web-based tournament of Pétanque, which we had the honor of developing.

What the heck is Pétanque? It's a sport originating from the south of France, in which players compete by throwing balls at a small target.

We were hired by creative production studio makemepulse —responsible for producing the entire Pernod Ricard event— to build the Pétanque game from the ground up. Our team was in charge of developing the game mechanics and rules, building the game engine based on Three.js, as well as producing the 3D art/graphics for the game. In addition, we engineered a multiplayer system with support for matchmaking and invite-only play modes.

With its intuitive gameplay and friendly atmosphere, the game was one of the highlights of the two-day virtual event, with around 200 concurrent players at all times and thousands of games played.

We couldn't be prouder to have played our part in the making of Pernod Ricard's digital venue, where people can get together and enjoy a moment of online conviviality.

Unfortunately, this project is not publicly available.
Watch a video 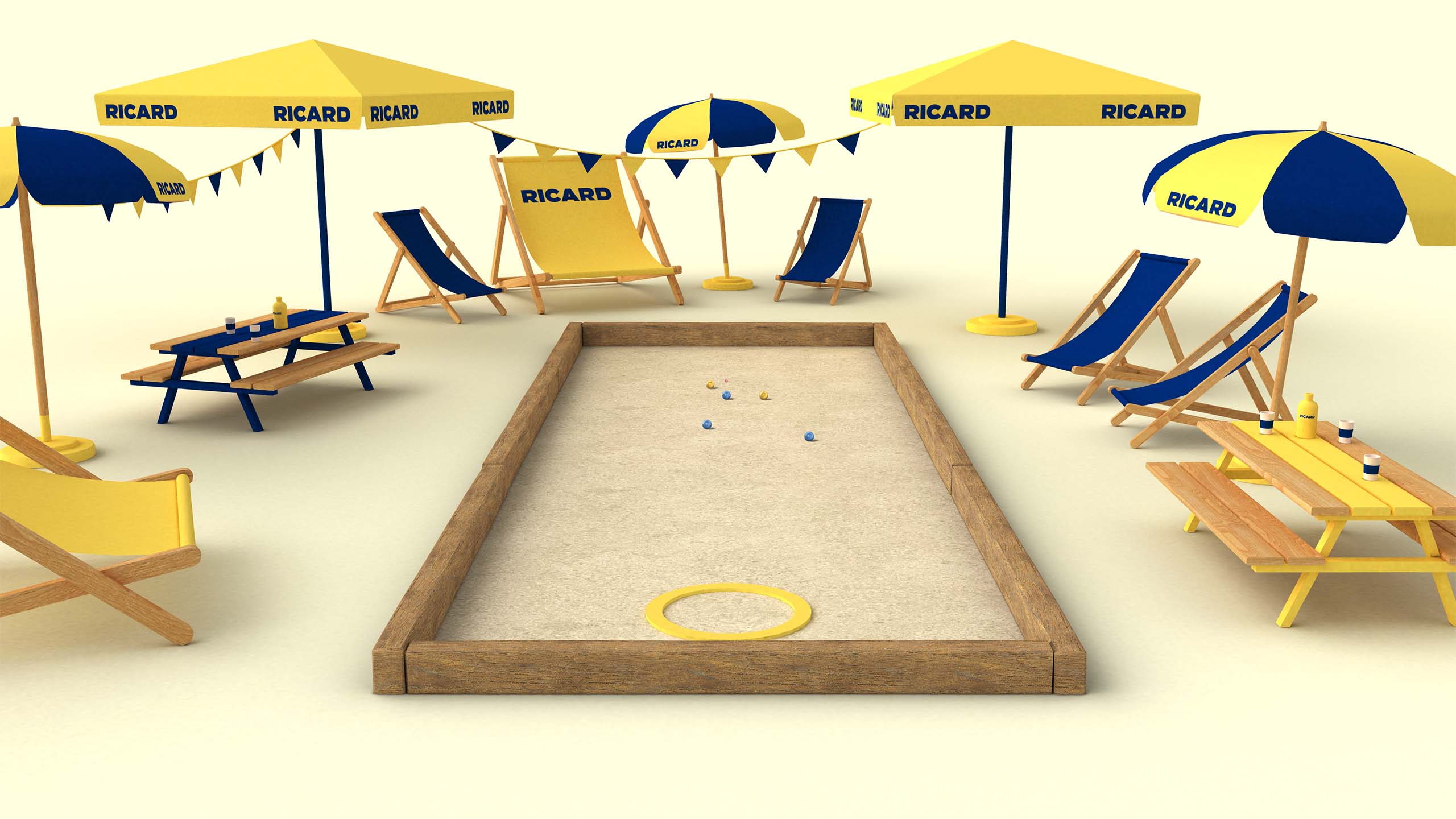 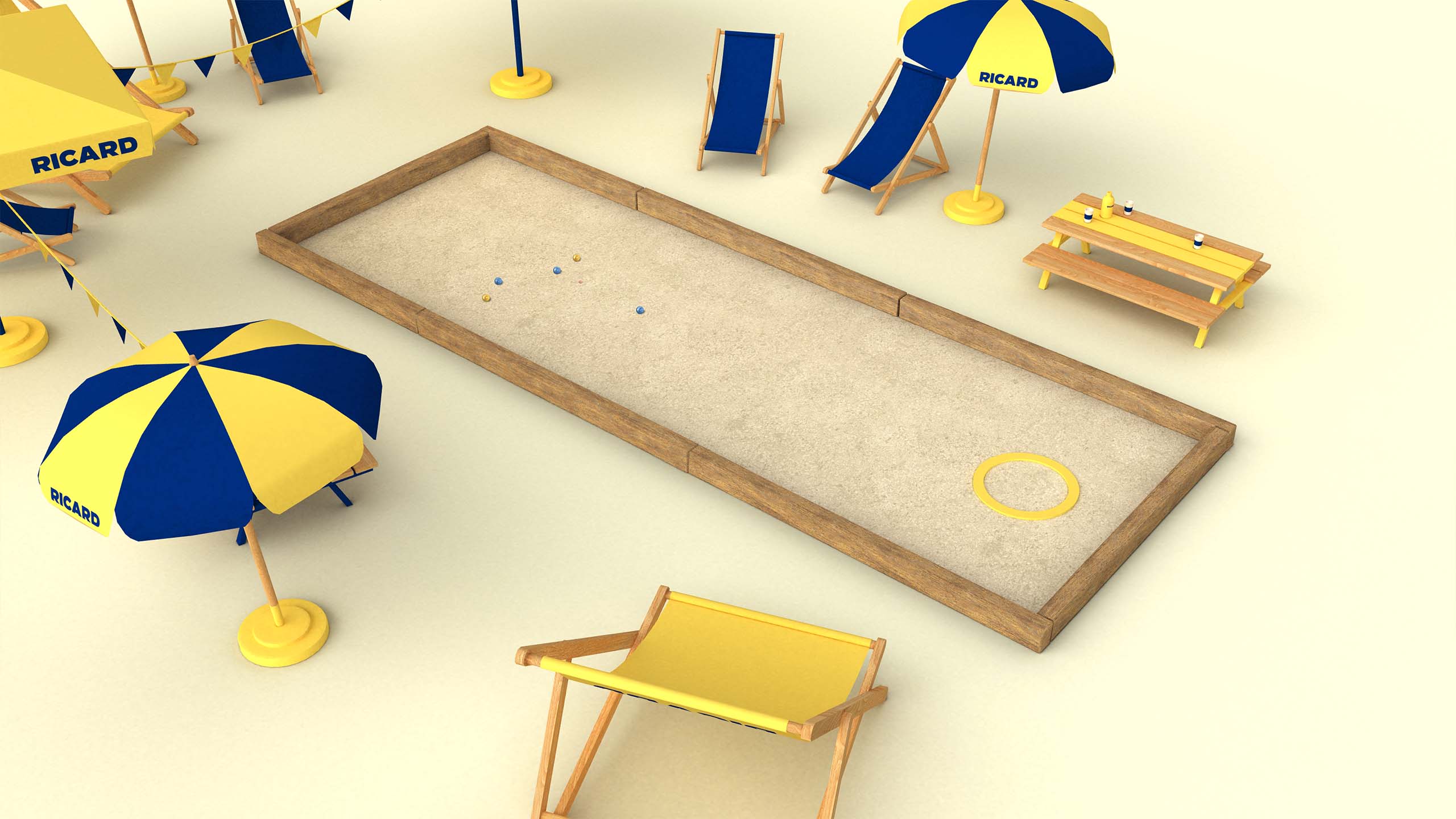 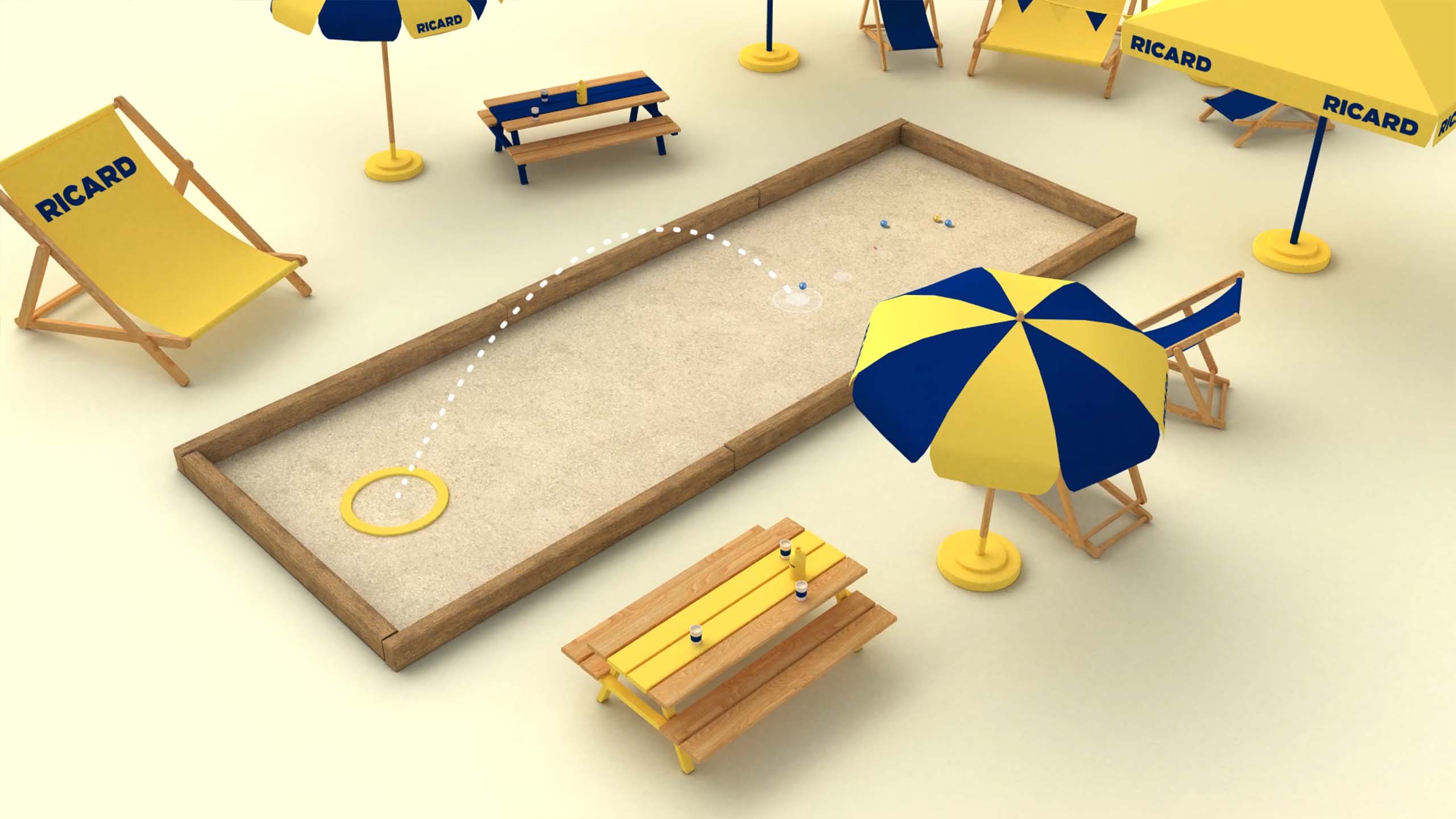